Could you live in a tiny home? 🏡

Elon Musk, one of the world’s richest men, is believed to live in a Casita (a 375-square-foot tiny home).

These homes already have a reported 47,000-person waitlist.

Do you think you could live in a tiny home? 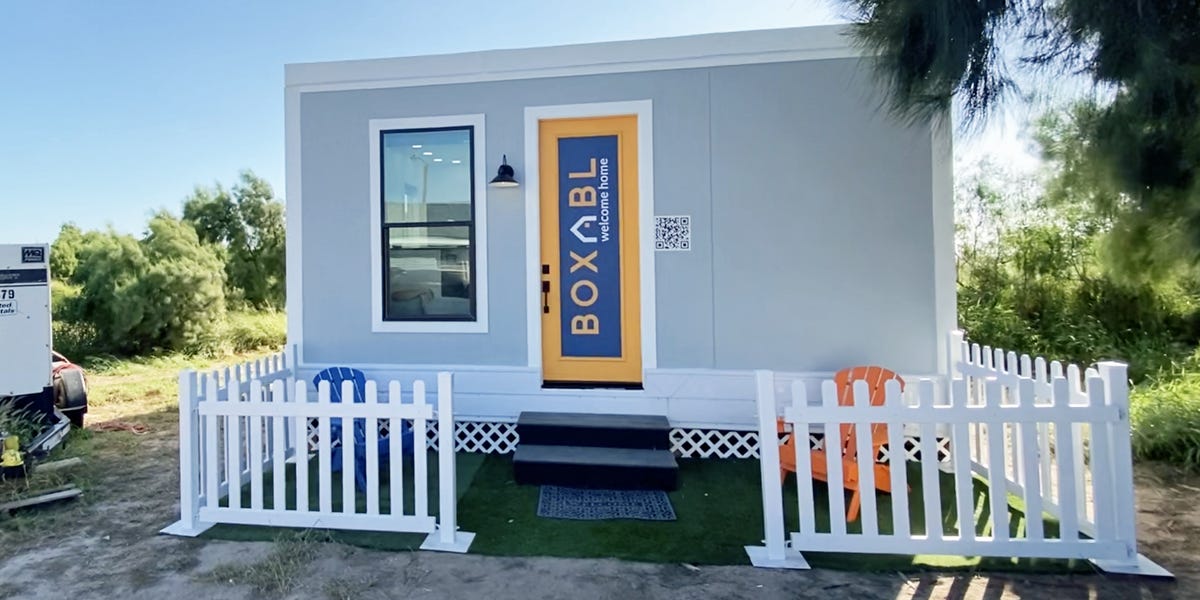 Elon Musk reportedly lives in a $50,000 prefab tiny home that already has a...

That sounds like half the size of the average UK house. I think it depends, on how big your family is. And how much outside space you have. Plus whether you spend a lot of time as home or not.

Saying that, it sounds like Elon crashes there rather than living there in the traditional sense. I saw somewhere that he rents it from SpaceX. Do we know how much rent he pays on that place?

I think it depends, on how big your family is.

Yeah, this is a really good point - from the pictures on the article it looks like a studio flat so I’m guessing it wouldn’t really be suitable for more than 2 people.

I personally like the idea of small houses. I think it encourages you to live minimally. Might change my mind on this in the future though!

Do we know how much rent he pays on that place?

The only figures I can see relate to it being worth $50K - would be really interesting to know what he pays!

Easily. I’ve lived on a canal boat (it was bigger than our first house) and sailed on tiny boats for weeks. Size doesn’t matter when you are focused on other things (sailing, work, seeing friends, etc…)

We are talking to a container company now who make housing and trying to find what we can do to make the inside look nicer. It’s a fantastic and cheap way to live and ultimately not too small.

I’ve also looked at van life but I would miss a proper shower if I did that.

Have you seen this show on Netflix? Could provide some good inspiration…

Failing that I bet Pinterest would have some great ideas you could copy!

I do live in a tiny home!

Admittedly, I’m not 100% sure how it measures up to Elon Musk’s Casita

I’m going to have to do some measuring & see!

Personally, I’d like a bit more space - but my place isn’t so bad

Yes I saw it

I’m going to have to do some measuring & see!

Yeah, I’d be interested to measure my flat and see how it compared - I reckon my flat is probably a similar size?

What was it like living on a canal boat @jase?

It’s completely normal, except a few things. You move often, you can’t just leave rubbish in a bin outside your back door, and you may run out of water

Ultimately though, I would thoroughly suggest it to anyone.

I like the idea of moving around, but I don’t love the thought of running out of water haha

Maybe a weeks holiday on a canal boat is a good place to start!

100% give it a go. We had enough water for 3 weeks but actually it was too much. You probably don’t want to drink that water after 2 weeks even filtered.

I would love to live in tiny home and think that eventually, I’ll end up in something slightly bigger than a tiny home.

Do you have a dream home @rebekah? I have two on my list that are my ultimate (not really tiny home but I would be happy with a tiny version of either)

The Vipp home is something we are looking at here in the UK with a container company. The problem is much less finding land, electricity, water… it’s more around finding a nice finish without paying as much as a house.

Both of these look incredible!

Although the video on the Vipp house is giving me slight horror movie vibes lol?

Do you have a dream home @rebekah?

Hmm my current dream house would probably be a cute victorian terrace in North London somewhere - I’m like @jase though and am big on the design and finish of a place!