It would be great to be able to track pensions as a separate “item”, alongside Cash, Debt and Investments. It’s true that I could add the different pension pots manually at the moment in Investments, but it would be better if they were kept separate from investments, as they are locked until retirement age

I am wondering if this should be shown in the Feed?

If it’s locked, why does it matter? I’d put them in a Pensions section, which we don’t have, in Accounts and forget about them.

I think I have the same problem with student loan, do I add it or not? If I do I get reminded to be 40k in debt every time I open the app. eheh

Because I don’t like having it as part of my net worth. I think it makes more sense to keep pensions separate. I consider net worth anything that is relatively easy to access/disinvest.

I would like a pensions heading also, but again would like to be able to filter it on/off. As a work around I’ve put my pensions in ‘Other’ as I don’t have anything else to go there.

The ideal solution for me is part of a broader approach that I suggested in my post here: Net Worth Calculation - #24 by Greg.

The point of including it for me is that I like the completeness of having all my assets and liabilities listed in one place but most of the time I’m more interested in my liquid net worth - this would also exclude real estate and mortgage along with pensions and maybe student loans.

I have the same problem with student loan, do I add it or not?

I think it makes more sense to keep pensions separate.

For me I’m happy to include it under investments because that’s all money I know I can’t/ shouldn’t touch.

But, I guess it comes down to personal circumstances - self-employed people and anyone nearing retirement age might need to keep more of an eye on this, whereas for others it’s just nice to know?

I’m interested in tracking it because I’m looking forward to a very nice pay rise when it’s gone in a couple of years.

Also, if you’re lucky enough to be paying it off quickly, you need to keep an eye on the end approaching, as it may make sense, depending on savings rates, personal circumstances etc, to pay off the final chunk in one go.

you need to keep an eye on the end approaching, as it may make sense, depending on savings rates, personal circumstances etc, to pay off the final chunk in one go.

How does this work? I thought most of the advice was to not bother paying more than you needed to?

Martin Lewis does a good job of spelling it out here: 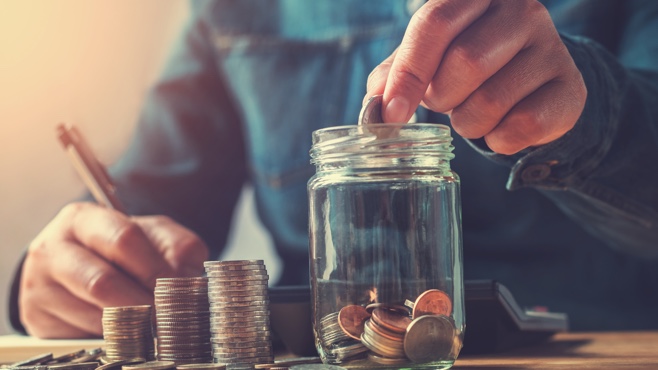 Student loan interest is now 5.6% – should I panic or pay it off?

Post-2012 student loans are now charging 5.6% interest. Martin Lewis explains how interest and repayment really works and whether you should pay yours off

The jaw dropping fact is the only people who should be overpaying their student loan debt are high earners, free of other debts, who’ll never want a mortgage or other loan.

The only thing I’d add (for higher earners really) is that, if you are almost 100% sure you’ll finish repaying within the next few years and you’ve got your emergency funds/suitable savings, no mortgage etc. so you can be near-as-certain you won’t need to borrow, you may save a significant amount of interest by repaying upfront (some loans are getting close to 7%). Then you may want to repay, even if you wouldn’t via income for the next 4-5 years.

It’s really sad that this is just another case of the rich getting richer. When I was at uni, I knew a few people who had taken out the max loan and just stuck it in savings. Because it was based on household income, it was a bit of a ruse for anyone who lived with just one parent (usually a mother with low income/unemployed), but had a wealthy other parent/grandparent etc. The irony (if I remember correctly) in one case was that the parents weren’t even separated, they were just so wealthy they had multiple homes and worked in two different cities.

When I was at uni, I knew a few people who had taken out the max loan and just stuck it in savings.

Yeah I knew a couple of people that managed to work the system in this way too, but I guess it was the fairest way for the majority of people?

Anyway, I like to think that having no money at uni taught me a lot about managing my finances and has probs been a good thing in the long run

Agreed. I just don’t add it to Emma at the moment for this reason. Maybe the solution is to allow any account to be excluded from net worth, if it’s technically (or mentally) locked away.

After reading the MSE article Gaoler posted I think this is right for the 83% who don’t repay in full. So it would depend on your personal circumstances whether you include it or not. My student loan is from Australia so different rules and I’ll definitely be repaying it in full with the compulsory repayments in the next few years.

How did we go from pensions to student loans?

what’s everyone’s thoughts on adding pensions as a separate line after Investments but not included in the net worth?

This would work for me but I think a more flexible approach is better (though maybe harder to implement). Student loans are another example of a special asset/liability class that people want to include but treat in a variety of ways.

Er not all your customers are American. A lot will be managing their pensions on their own ie contractors and this is part of financial planning which is the whole point to this app. You are having a major oversight with your opinion here….

I like the idea to have a flag (checkbox) that allows Pensions (alongside other offline accounts to contribute to Net worth). Also looking forward to have “Pensions” as a separate tab)

as a user, i want to quickly see different numbers that represent different categories of my total balance on the home screen.

A more advanced feature would allow a user just to create these sections as folders and manage it as they like. From back-end perspective there are X different types of accounts but from front end it is the same simple custom category, and if you add an account to that category then you can see the total balance on the category level.

By the way, this is done and released.

I am going to close the thread.