She spent £100K in renovations and paid off her boyfriend’s mortgage, only for him to kick her out a few months later…

She took him to court to claim for half of the house but a judge ruled that she is not entitled to any part of the property.

Do you think she should have won the case? 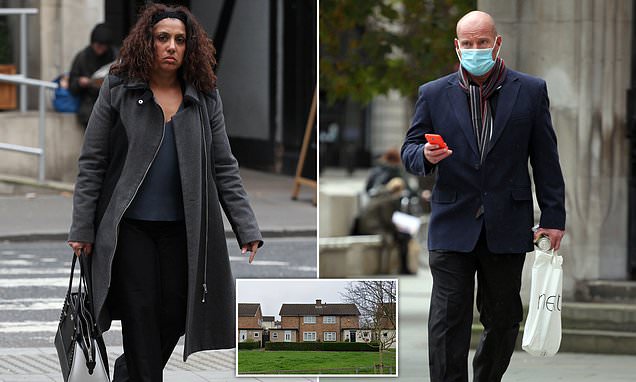 Businesswoman, 49, loses court fight for half her ex boyfriend's house

Without reading the judgment, no one can answer this.

What I can say is, I wouldn’t use a Mail Online article to come to a view on the matter.

She was presumably claiming a resulting and/or constructive trust, which is notoriously difficult to win.

Ideally, you should always demand some share of a property, as soon as you contribute anything significant, whether to upkeep, extensions or to pay off a mortgage etc.

In reality, people don’t because it’s tricky to arrange while the property has a mortgage on it - you’d have to get permission from the mortgage lender, get reassessed, they may insist both of you are on the mortgage. Eugh! A headache and expensive.

If you’re not going that route, as a minimum, think about it carefully and write down what you’ve agreed

carefully and write down what you’ve agreed

This is partly the driver for having a pre-nup. I was always dead against them as I feel they aren’t romantic (obviously!) but actually it can avoid messy and expensive issues like this should the worse happen. I have to keep in mind that you do this without ever thinking you’ll need to enact it and that makes it easier.

Obviously if they agreed her actions, she deserves something, but I do feel it’s a rookie error to have spent £100k and pay off a mortgage without taking some legal advice or protection.

This is partly the driver for having a pre-nup

A prenup would be for married couples and it’s only advisory under UK law anyway, because the statutory powers of the courts are overriding.

The general point is that unmarried couples are treated far more like business partners, for better or for worse, and couples would be wise to consider what that means…

In this case as they weren’t getting married, you’re right it wouldn’t have helped them.

It’s worth noting that a prenup is entered into before getting married and there have now been a couple of test cases.

The law commission recommended to accept them providing certain conditions were made but that’s still ambiguous.

you’re right it wouldn’t have helped them

My advice when she was paying off the mortgage would have been to insist on a fair share (ie with a valuation, as the mortgage probably no longer reflected the market value), as it’s relatively easy to do, if it’s no longer encumbered by a mortgage.

But yeah, bottom line is that simple forms witnessed and signed for these situations would be a major step forward

I do feel it’s a rookie error to have spent £100k and pay off a mortgage without taking some legal advice or protection.

Agreed! Seems like she was a little naive here.

The general point is that unmarried couples are treated far more like business partners,

So would she have been in a better position if they were married, even if they didn’t have a prenup?

The courts have wider discretionary statutory powers to divide up assets on divorce.

They’ll also look at dividing up any pensions, which they don’t consider for unmarried couples. It’s a whole different situation if you’re married.

Marriage is still a strong form of financial protection for partners who care for children, earn less etc. over the course of a relationship.

I’ve not really read up on this area of personal finance at all… Interesting to hear that it has so much power!

Students say they will refuse to pay for accommodation they cannot use during lockdown.

I do really feel for uni students at the moment. Uni isn’t cheap, and they’re definitely not getting their money’s worth. Saying that I’m not sure that refusing to pay their rent will do them much good!?

What do you guys think about it all? Do you think they should get a reduction in rent?